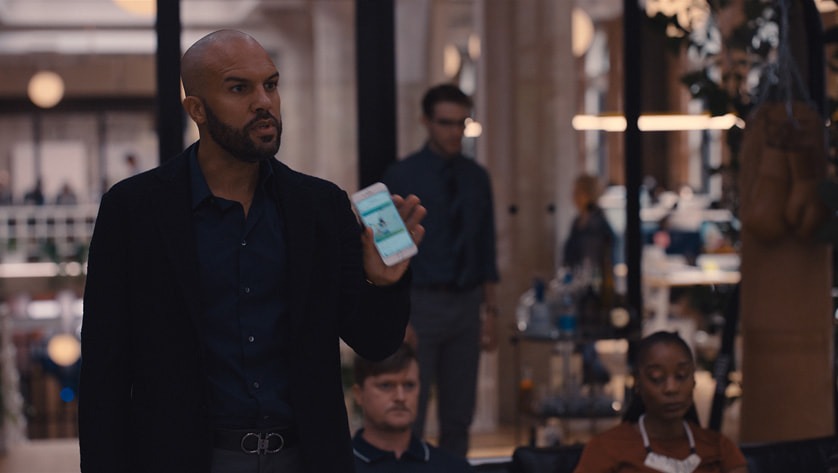 Cameron Lautner: “WeCrashed” follows as he transforms his shared workspace company WeWork into one of the largest and most successful businesses in the world. This story is about his transformation from struggling entrepreneur into a bigger-than-life CEO. His wife Rebekah Neumann plays a key role in this whole thing.

Many of the characters in the show are very similar to their real-life counterparts. Cameron Lautner, a partner in one of the venture capital companies funding the company, takes aim at Neumann’s way of doing business and begins to see cracks. It is fascinating to see the dynamic between these two strong characters. We also wondered if Cameron Lautner, a partner at one of the venture capital firms funding the company, might have been based on a real person. Here are our findings.

Cameron Lautner is based on a real person?

O-T Fagbenle plays Cameron Lautner on ‘WeCrashed’. Partly, the character is based on a real-life person. Lautner, who is a partner in Benchmark Capital and one of the main investors in WeWork’s early days, appears on the show. One of the opening scenes shows Bruce, a Benchmark partner, leading an emergency board meeting against the WeWork CEO.

As you may have guessed from the title, Benchmark, a San Francisco-based venture capital company, was one of the first big investors in WeWork. It had to be confronted by Neumann over some of his actions in relation to the company. Although it is clear that Bruce (played by Anthony Edwards), is at least partially based upon Bruce Dunlevie who was a partner at Benchmark and joined the board at WeWork in 2012. Cameron Lautner’s character is more fluid when it comes to his real-life counterparts.

Fagbenle, a character on the show, is introduced to WeWork’s IPO preparations. (which turns out to be disastrous). Cameron Lautner, a colleague of Bruce, is also shown to be skeptical about WeWork’s high-spending business model.

Benchmark was the seed-funding round leader for WeWork’s $17million Series-A round. However, the company’s management under Neumann eventually led to it becoming unhappy. Neumann’s large-scale stock sale despite the company being eagerly awaited was a highlight. Five Benchmark partners, including the legendary venture capitalist Bill Gurley visited New York in 2017 to confront Neumann about the above issue and to question him on his strategy.

The show created Cameron Lautner, a combination of several Benchmark partners, to portray the complicated relationship the venture capital firm had the company and its CEO. The Apple TV+ series’ tense encounters between Lautner, Neumann are therefore slightly embellished versions. Although Lautner’s character could be loosely based upon a Benchmark partner, it is more like a metaphorical and dramatized version of some real-life Benchmark members who took exception to Neumann as CEO of WeWork.