Mid Day Meal Scheme: What Does Our Indian Constitution Say About It? 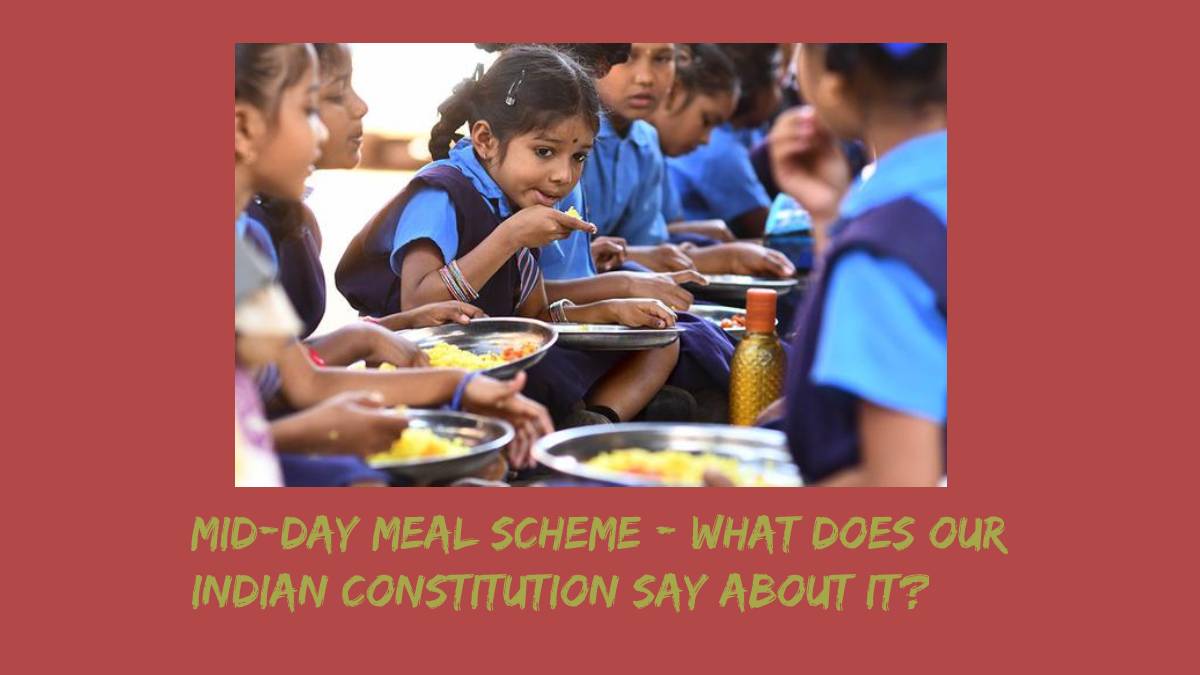 Advertisements
Contents hide
1 what is mid day meal scheme
2 Fund Contribution of Centre and State in The Program
3 Article 21 of the Constitution Relationship with The Mid-Day Meal Scheme
4 What does it mean?

what is mid day meal scheme

On 15 August 1995, the Union government of India started one nutritional program to feed the smaller kids of our nation. This program is still running on something called the mid day meal scheme. The primary objective of it was to provide all nutritional value to young students who are studying in government schools nationwide. In the beginning in 1995, it was only implemented in 2408 blocks in India. And within a couple of years every government school in India has implemented this scheme.

That is why in the year 2001, the Supreme Court of India has directed all state governments to implement this scheme. Under this scheme, each day in government schools’ students must get a certain amount of nutritional value. Many underprivileged children in India who do not afford high quality food to eat. Therefore, this scheme holds a pivotal role in our Indian constitution.

Fund Contribution of Centre and State in The Program

As far as government schools in union territories are concerned, the entire scheme is financed 100% by the central government. Implementing this scheme is all possible because there is a buffer stock of food grains that can be distributed nationwide.

Any kind of circumstances due to which mid day meal is not provided to children is considered as the fundamental rights of children. According to Article 21 of our Indian constitution, every child has the fundamental right to live and have proper nutrition. Looking at a few of the instances of the Supreme Court, every child, including other individuals has the right to live with dignity and maintain all foods and relevant necessities.  From the age 6 to 14 every child is entitled to get free education under the article 21A. Moreover, these fundamental rights are suggested by the UN convention of rights of the child where India has its signature.

Although it is a duty of guardians to ensure whether their children are having proper nutrition or not but economic conditions of all are not the same. Undoubtedly, due to the lower income of guardians, poverty and lack of awareness, social discrimination and less wellbeing of them they are unable to feed their children.

What does it mean?

Every citizen of this country has the right to protect themselves from starvation and undernutrition. There are several nutritional schemes running across the nation like PM POSHAN that meets all nutritional value of underprivileged children in India. There are several government measures that are in existence and now every category of citizen is now being aware of it. Because of this scheme we can see that there is an active enrollment of children in schools. So, let us pledge that we want to make India malnutrition free and as a reader you should share this post to an aware general audience.

Sussy Baka Among Us Shrine: Know The Exciting Details!